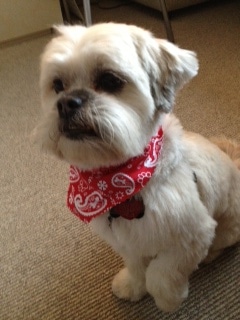 What do you think of when you hear the word marginalization? People living in poverty, persons of color, those who do not share fully in the privileges some of us are enjoying these days?

I would say yes to all of the above, and would include a list that would be broader and more inclusive of groups or communities of people we ordinarily don’t think of as marginalized such as: those who suffer from mental illness, particularly those who experience extreme states of consciousness; people who live alternative lifestyles, outside the norm of heterosexual monogamy (i.e. polyamorists or kinksters); and anyone who identifies as LGBTQIA, or does not identify with any particular gender or sexual orientation. The list is actually endless — think of religious and spiritual minorities, immigrants, the elderly, the young, people with disabilities…

In general, when we think of marginalization we think in terms of self and other — you and me, us and them. But we rarely consider that we might be marginalizing ourselves.

How is this possible? Well, I know there are parts of me — aspects, qualities, biases and dislikes, etc… — that I don’t know about, that I don’t want to admit to myself, that I disown, disavow, or deny. Consider the idea that marginalization refers to a point of view that relates self to other, as well as self to self.

Do you marginalize, disavow, or deny? For example, would you say that you are angry or rageful person? Probably, not.  If you are like me, your preferred way of identifying is as a “nice” person, relativley calm, thoughtful and non-reactive.  Let’s see if that holds true…

Am I a marginalizer?  Last week, as I was coming out of Starbucks, a man yelling at a woman acrss the street, caught my attention. Hearing him yell, I thought, “Geez, glad I’m not a yeller like that!”  I was instantly reminded of my dad who would often yell when he was mad, and sometimes for no apparent reason.  When I was a child, I believe I made an unconscious decision to not be a yeller, to not be like dad!

Then two days later, I was sitting in my room manicuring my nails.  My dog, Herbie,  was laying contentedly at my feet.  Very nonchalantly, he stood up and heartily vomited on my bedroom rug. Inside of me a yell arose, and out of me came a hearty “oh shit!”  There was more coming too, but I was able to stop myself before traumatizing the poor pup who was just doing what came naturally.

In that moment, I thought about the man in the street and my dad — yellers. I imagined that the man or my dad had moments like me.  They weren’t only yellers.  They were also human beings who got upset, lost awareness and blurted out things that might sound unkind.  In recognizing this mostly unknown or marginalized part of myself, I had an experience of feeling more whole and, in addition, I found myself more connected to and understanding of that characteristic or quality in others.

All this to say that while I do not readily identify as an angry yeller, but rather as a calm, thoughtful responder,  the yeller does live in me and, from time to time, uses it’s voice.

To marginalize is human. Being angry or being a yeller belongs to all of us. So does the impulse is to ignore certain qualities in ourselves and point the finger out at some other person, group, community, country etc… We all marginalize parts of ourselves and others. It is our capacity to use our awareness, in the heat of the moment, that helps to soothe our inner and outer responses and connect to ourselves and those around us more deeply.

Consider how you might marginalize aspects of yourself and how that might keep you separated both from yourself and others.