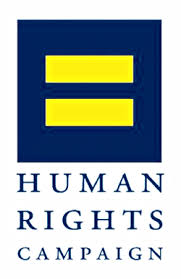 This post originally appeared on the Human Rights Campaign (HRC) blog on October 5, 2105,  in advance of National Coming Out Day.  It was written by Hayley Miller, Senior Digital Media Associate.  We think it contains valuable information for anyone wanting to become more affirming and supportive to LGBT friends and family members.

For a lot of people, learning that someone they know and care about is LGBT can open a range of emotions, from confused to concerned, awkward to honored. It may be hard to know how to react, leaving you with questions about what to say, how to talk about being LGBT and wanting to know what you can do to be supportive.

An “ally” is a term used to describe someone who is supportive of LGBT people. It encompasses non-LGBT allies as well as those within the LGBT community who support each other, e.g. a lesbian who is an ally to the bisexual community.

Ahead of National Coming Out Day, here are five ways you can be an LGBT ally:

HRC’s Coming Out as a Supporter resource, made in partnership with Parents, Families and Friends of Lesbians and Gays (PFLAG) National, is intended to be a welcoming guide for supporters to build bridges of understanding when someone they know comes out to them as LGBT. The guide answers initial questions and shares facts, strategies, and ways to show your support as an ally in the fight for LGBT equality.

Read the guide in full here.