We are pleased to announce the opening of our new psychotherapy location in Chicago’s downtown Central Loop neighborhood. The office is our third in the area, with the other two situated in Lakeview and Skokie, Illinois.

We chose to open a third office to better suit the needs and schedules of the people we serve, many of whom commute to and from Chicago and may not be available every day between 9am and 5pm. With a welcoming location just a few blocks from most major L transit stations, we hope to make it easy for business professionals to fit therapy into their hectic schedules. We offer appointment slots before and after the workday as well as during lunch breaks, along with weekend hours.

Learn all about the Loop office below.

Between Clark and LaSalle in the heart of the Central Loop:

Photos of This Office 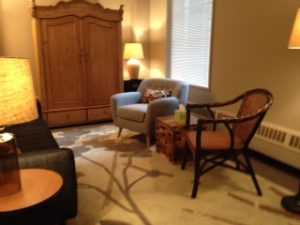 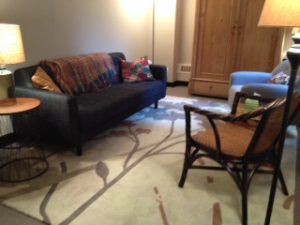 Clinicians at This Office

Cindy Trawinski is a licensed clinical psychologist, a Diplomate in Process-oriented Psychology (also known as Process Work) and a certified Imago Relationship Therapist. She is a founding partner of LifeWorks Psychotherapy Center and North Shore Psychotherapy Associates and has offices in Chicago and Skokie, IL. Cindy is the former CEO of the Process Work Institute, in Portland, OR and a member of the International Association of Process-oriented Psychology (IAPOP), in Zurich, Switzerland. Cindy is a frequent speaker on topics including: Creativity, Diversity and Multicultural Issues; Sex Positivity; Rank & Power; Therapist Bias; and Polyamory.