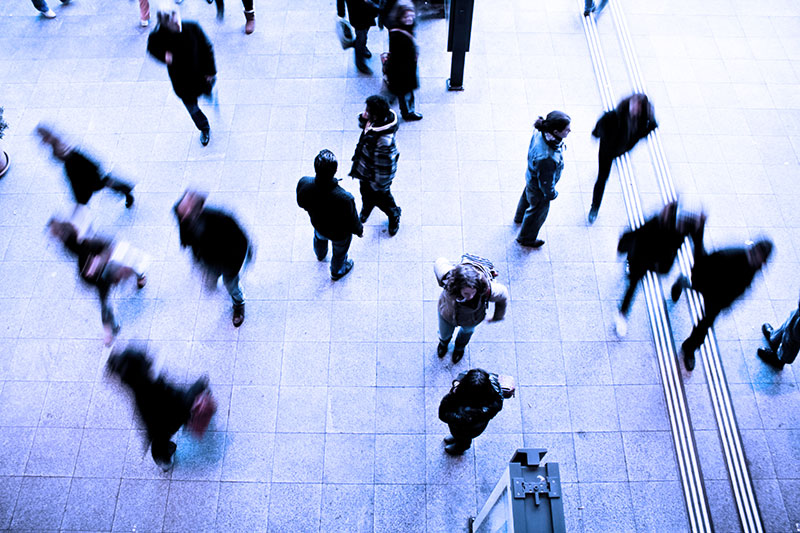 The following article is posted with permission from David Bedrick, J.D., Dipl. PW.  The original can be found here.

Power differences, what Arnold Mindell labeled “rank differences,” are critical to understanding conflicts between people and groups who have different degrees of power. Rank impacts how easy it is to speak because rank provides confidence and support for one’s voice; it impacts how likely a voice will get heard because some voices are more respected and echoed than others. Rank even impacts how people perceive themselves. For example, a manager may feel confident and relaxed when giving performance feedback to his employee, even thinking his employee needs more esteem so they don’t take things personally. However, when that same manager is with his boss, he is scared, having stomach cramps, and not sleeping the night before. The manager will rarely notice the difference – that he is feeling and acting just like his employee when with his own boss. He doesn’t realize that rank differences are creating his ease or anxiety. Mindell says “Rank is a drug. The more you have, the less aware you are of how it effects others negatively.”

Rank arises in many different ways. Some rank is earned: we work hard to get a degree, we do a lot of psychological work or spiritual work and feel more solid in ourselves, or we survive a difficult ordeal and get in touch with an inner strength that not many have. However, rank can also result in ways that are unearned. For example, height is highly correlated with success in corporate America, though height is not an earned rank and it doesn’t indicate a higher capacity to perform most jobs. The most important rank to understand in a democracy, where understanding diversity is fundamental, is the rank that comes from being white, male, straight, able-bodied, Christian, young, or even more financially wealthy when that wealth was not earned.

Back to the Domestic Violence Story

The police weren’t aware of how rank effected the dynamics of the physical conflict between men and women, including people’s freedom to express themselves during and after conflict, their freedom to protect themselves, and their freedom to enjoy a sense of calm or ease in presenting their viewpoint. The police, unaware of rank dynamics, saw an angry woman and a calm man, leading officers, most of whom were male, to empathize with the man. “She’s crazy, angry, out of control,” some thought. The man, having greater physical power than the woman, and the officer, also confident in his ability to protect and express himself, felt superior in their capacity to reason and not be so emotional. The man and the officer formed a kind of united front, tied together by might not right, by rank not by clear understanding or moral vision.

Many police officers have now been educated about this condition. Women protested loudly and fiercely; their voices made a difference. Today, officers are more able to see a woman, a lower rank person, victimized.

Below, I have quoted five women who shared their personal stories with me. In reading them, please consider a common challenge to focusing on women’s rank and stories – the challenge of a man, or even a woman, who says, “It happens to men too,” “Men are also battered by women and abused,” or “Both genders suffer.” These statements are true—men’s stories are important and as individuals equally important. But in public, when focusing on women as a collective, as opposed to comparing individual stories, it is imperative to be aware of the fact that women are more often the victims of domestic violence. Further, women often have less power, not only physically, but socially in a sexist culture, making it more likely that men’s voices will be given authority, will be heard. In short we must be aware that women have less physical and social rank. (Yes, I know, this has been changing over the last decades.)  As such, if we ask women to make room for men’s voices in this particular discussion, we inadvertently ask a woman to step aside so that a man can get heard, amounting to the same kind of violence that the police and larger culture perpetrate – not noticing the rank differences. This would continue the silencing, de-voicing, of women, especially about sexual violence, so men too can be heard. There MUST be a place for the sharing and conversation about the violence men experience, but not at the cost of censoring women.

Woman 1: “This happened to me several times! It’s so true! I called the police twice and when they got there my ex would go to the door and “fake” being calm and innocent…..it was so maddening!! I, meanwhile, looked like a crazed serial killer because I had been sleep-deprived, screamed at, and hit. I knew what the police were thinking.”

Woman 2: “An abusive man can behave like an angel in public and you’d never know what a monster he is. An abused woman, on the other hand, just needs to shut up and stop provoking her man. That’s the attitude I received from both society and police officers.”

Woman 3: “I was being beaten one night by an ex-boyfriend when I was in my 20’s. A neighbor called the police; when they came to the door, I was able to get to it, open it up, and ran passed them and went and hid behind their patrol car crying hysterically. The police talked to my abuser for awhile and then came over to me and said, “So you’re on your period? Maybe you just need to take a hot bath and calm down.” I don’t remember how or why but they just left me standing in my driveway and my attacker in my home. I was terrorized and beaten until the next day when I was able to leave while he was sleeping.”

Woman 4: “This happened to me more than once. Apparently when someone is a prior attorney and hurts a woman, she may learn she can’t say so if he was acquitted on an insidious loop hole. However, my personal opinion—no 5’2″ 100 lb person could fall nor hurl themselves at the floor by themselves.”

Woman 5: “An immigration officer who was harassing me to no end, stated the “fact” that I was responsible for staying on in an abusive relationship. I suggested that they should have a qualified and compassionate therapist on their panel during interviews since their insight on human behavior and psychology was non-existent. It didn’t go well; I am still suffering the consequences of having spoken up before an authoritative figure being a woman and more so being a woman of color.” (In this case, it is immigration officers, not police officers, who are blind to the rank dynamics that lead a woman to be less free to leave an abusive relationship in short order.)

Without understanding rank dynamics, it is impossible to understand, truly ‘get’, why people are acting and feeling the way they are. Without understanding rank dynamics, we can easily become like the police officers in these stories – standing back, feeling superior, looking at the lower rank person as being the problem, of being too angry, of distorting reality, of taking up too much space, of not being fair to men, of having some kind of psychological pathology.

Without understanding rank dynamics, we will fail to bear witness to the process of developing a greater democracy – a process that absolutely requires the meeting, the clash and conflict between diverse views and voices where some of those voices will be lifted up by unearned rank and other voices will be censored, suppressed, or violated.

Caveat: There are other abuse dynamics present in the stories above. I have focused on rank because it is rarely discussed.